How to Drill into a Stud in 4 Simple Steps

Drilling through a stud can be a complicated task, especially if you’ve never done it before. However, it is actually pretty easy to learn how to drill into a stud if you follow a few simple steps. While not all studs are made equal, some being wood and others being metal, the process is pretty much the same and can be quickly perfected.

However, while the process may be simple, it’s very important to know what kind of material you’re about to drill into. As we mentioned above, when it comes to a stud, it could be made of metal or wood. Metal studs are usually found in commercial buildings and are known to be resistant to fire, bugs, and decay. Wood studs, on the other hand, are typically found inside most residential homes.

If you’re new to home repair, you may not even know how to find a stud in your wall, or why it matters. Odds are you didn’t even think about them until you decided you wanted to hang something. If you’re drilling into wood, a regular drill and bit will work just fine. However, if you’re drilling into a metal stud, it’s a bit more complicated.

Now you may be thinking, why do I even need to drill into a stud in the first place — and the answer is simple. The stud is what provides support for the item you’re trying to hang. If you drill straight into drywall, odds are your item is going to end up broken on the floor.

In this article, you’re going to learn virtually everything there is to know related to drilling into a stud. If you follow this guide correctly, you will be able to hang whatever you want on your wall without any issues.

How to Tell if You’re Drilling into a Stud

The first thing you’ll want to know about drilling into a stud is figuring out how to find a stud in the first place. Thankfully, there are numerous ways of finding a stud in your wall. However, some are more accurate, while others aren’t. Listed below are two of the easiest ways to find a stud.

If you’ve ever explored around a workbench, odds are you’ve come across a stud finder before. These are small, handheld devices that can be run along the wall to quickly locate a stud. 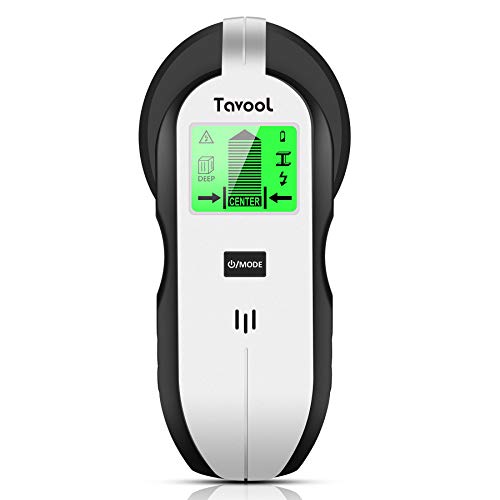 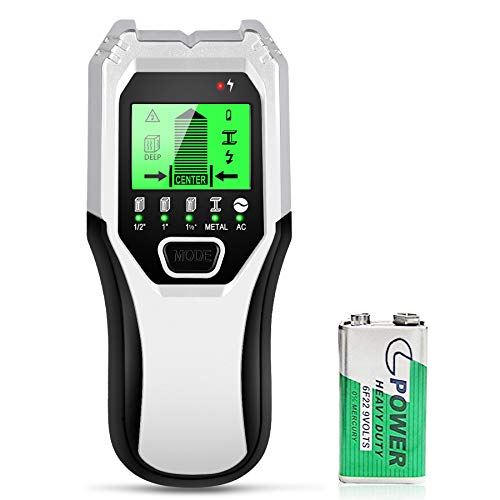 Simply place your stud finder flat on the wall and slowly move it along the wall left or right. When you find a stud, you’ll hear a beeping noise and will know that it’s safe to drill there. While some are more accurate than others, most any stud finder will do the trick. You can always verify it with the tap the wall method mentioned below.

If you’ve drilled into a stud before, odds are you’ve done the tap the wall trick. While it isn’t the most reliable way to find a stud, it’s a really good way to verify that you’re not about to drill into the drywall. Simply knock along the wall when the room is quiet and listen for a “hard” hit. When you’re knocking on drywall it’ll sound hollow, but when you find a stud, it should be sound solid.

While there are other ways to find studs in a wall, the two methods above are by far the easiest and most convenient.

How to Drill into a Stud

Irrespective of why you want to drill into a stud, the process is simple. All you need to do is grab a power drill and get to work! Below are four simple steps to follow when drilling into a stud.

The first step to drilling into a stud is to locate the stud itself. If you don’t there is a really good chance that your new picture frame is going to end up shattered into a bunch of little pieces on the floor. If you’ve followed our steps above, you should have already located the stud you want to drill into. If not, grab a stud finder if you have one and find it. If not, knock along the wall until you hear a solid sound.

Step 2: Find the Edge and Center

After you have succeeded in locating the stud, use a pencil to pinpoint the sides of the stud in the drywall to make sure you don’t accidentally drill off one of the sides. You should be able to easily tell where the stud ends by knocking along the wall, when it sounds hollow, the stud has ended. Wall studs are usually about 2 inches long, so that should give you a good general idea as well.

Once you’ve found both ends of the stud, take your pencil and mark the center so you know exactly where to drill. If you mark lightly with a pencil, you can easily erase the marks off of your wall once you’re done. It’s a bit harder to erase a hole in drywall though!

To drill into a wood stud, you don’t really need to worry about having a specific bit, it’s more important to have the proper screw. Specifically, you’re going to want to use a drywall screw. Once you have those, simply use a bit that fits into the screw you’re using and you’ll be good to go.

If you’re trying to drill into a metal or steel stud, you’ll need to be more mindful of the drill bit that you’re using. Ideally, you’re going to want a bit that is made out of titanium or cobalt, as they are designed for heavy-duty drilling. If you don’t have any bits like that, check out our best drill bits guide for all the info you’ll need. As far as screws go, a drywall screw is ideal for metal studs.

Once you’ve settled on a bit, you’ll be all ready to drill into the stud.

With your stud identified and properly marked and your drill and drywall screws in hand, you’re ready to begin. Before you put the drill to the wall, you may want to check your bits to make sure they’re sharp. If you need help with that, we’ve got a handy guide that explains how to sharpen drill bits.

Once you’re ready to go, place the tip of the screw on the point you marked with the pencil with one hand and insert the drill into the screw head with the other.

Before you begin drilling make sure the drill is level with the screw so that it goes into the wall straight. Then, apply a little bit of pressure while holding the screw to start the hole.

Once the screw is about a third of the way into the wall, you can move your hand back and apply more pressure to the back of the drill. If you’re drilling into wood, you won’t need to add too much pressure. But if you’re drilling into steel, you’ll likely need a fair amount to punch it through. If you’re having trouble and are pondering switching drills, you may want to consider using an impact driver as opposed to a hammer drill.

Make sure you don’t drill the screw all the way into the wall, or you won’t be able to hang whatever it is you’re wanting to hang. Keep reading to find out how far to drill your screw into a stud.

How Far Should a Screw Go into a Stud?

The simple answer is it depends on how heavy the item is you’re trying to hang. The general rule of thumb is that the heavier the item the longer the screw. However, you don’t need to worry about this too much if you’re hanging a light picture frame or something, most any screw longer than an inch and a half will do. If you’re trying to mount something heavy to the wall, like a TV, the bracket set will come with screws to use.

When hanging a picture directly from a screw, you don’t want to screw it all the way into the stud and should leave around a quarter of an inch sticking out so you can attach your frame. However, if you’re drilling a screw into a bracket, then you’ll want to drill it in as far as you can so that it’s nice and tight and keeps the bracket from moving.

How to Screw into Drywall without a Stud

Generally, if you’re going to hang something on drywall you probably don’t need to be drilling into it in the first place. Only incredibly lightweight items should be hung on drywall without a stud, and most of the time you can simply hammer a nail into the drywall to hang it.

Typically, the best way to hang something on drywall is to use some type of adhesive hook. These are likely going to be more sturdy than a nail for a lightweight item and won’t leave a hole in your wall. As a good rule of thumb, if the item is too heavy for a hook, then it’s going to be too heavy for drywall. If that’s the case, you’ll need to drill into a stud.

At first glance, learning how to drill into a stud can seem like an intimidating project when it really isn’t. If you follow the four steps in our guide, you’ll be able to hang whatever you want on your wall without fear. Like any project, it’s best to know what you’re doing before you start. Hopefully you feel a little more prepared after reading this article. Good luck and happy hanging!

How to Reach a 20-Foot Ceiling With a Ladder

How to Make a Hole Without a Drill

How To Change a Smoke Alarm Battery On a High Ceiling

How To Clean A Chandelier On A High Ceiling

How to Paint a Toilet Seat | The Ultimate Guide

How to Drill into Plastic Without Cracking It